PAINTED LOTUS YOGA AND WELLNESS, LLC
ABOUT US:
Painted Lotus Yoga and Wellness LLC strives to offer the highest caliber of classes and services provided by compassionate, highly trained, credentialed, and experienced instructors and body workers from a variety of backgrounds and disciplines. Through scientifically sound and spiritually grounded yoga practices and healing modalities, it is our intention to empower our students and clients to create transformation, vibrant health, and well-being in their lives. Painted Lotus Yoga and Wellness exists as the bridge between ancient and modern healing arts, enriching the lives of people across our diverse community.
OUR STORY:
Prior to becoming a studio with a brick-and-mortar home, Painted Lotus Yoga and Wellness was the business name of Clarissa Boggess’s  teaching and energy work practice in Tuscaloosa. For over a decade, Clarissa practiced as an independent contractor working with local schools and businesses as well as teaching at The Yoga Center.
After 20+ years, Lynda Kees, founder of Tuscaloosa’s first Yoga studio, made the decision to dissolve The Yoga Center. Since Clarissa and Lynda have been friends and colleagues for well over a decade, it seemed the natural progression that as The Yoga Center came to a close, Painted Lotus Yoga and Wellness, LLC  would evolve into its new brick and mortar incarnation as Tuscaloosa’s premier yoga studio.
Honoring the history and legacy of our roots while continuing to grow as a healing arts center is a tremendous privilege and honor for Clarissa and all who teach and practice within this sacred community. We are deeply grateful and honored to continue to offer yoga to our vibrant community and for our growing family of yoga teachers in Tuscaloosa. We look forward to supporting you on your path to empowered transformation!
OUR TEACHERS:

CLARISSA BOGGESS: E-RYT200/RYT500, YACEP, HMCCH, Reiki
​A Tuscaloosa native, Clarissa brings over a decade of teaching experience to her classes. A student since the early 90's, Clarissa received Yoga Alliance certification as a Registered Yoga Teacher at the 200 hour level through Yoga Bliss Studio (with Jennifer Wofsey) in March 2008 and achieved 500 hour Yoga Alliance certification through the Kantra-Gates 300hr. Advanced Yoga Teacher Training (Augusta Kantra and Rolf Gates) in August 2016. Over the years Clarissa has received on-going training in various aspects and styles of Yoga and movement-based healing modalities.
Clarissa has an extensive knowledge of herbal plant allies, is a Reiki practitioner, and has an in-depth understanding of the use of crystals for balancing energy, earning the designation of Certified Crystal Healer from the Hibiscus Moon Crystal Academy, in March 2016.
Clarissa is a fierce and tireless child advocate within Tuscaloosa City Schools and serves the LGBTQ+ community as a founding member of PFLAG Tuscaloosa. Clarissa is available for workshops, speaking engagements, and events. She is ordained to officiate weddings and other life events through the Universal Life Church. To consult with Clarissa for your event or speaking engagement, please email your request to: paintedlotusyoga@gmail.com.
"STEP LIGHTLY, EMBRACE THE FLOW, AND REMEMBER TO BREATHE." Clarissa 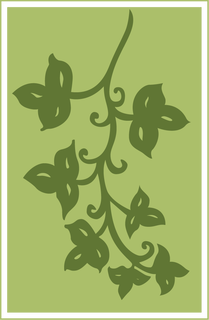 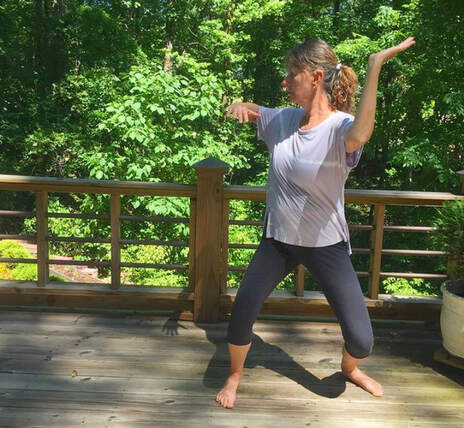 REBECCA BROOKS: Tai Chi
​In 2015, at the advice of a friend, I began to investigate Tai Chi practice. Health and wellness benefits were well established and documented, which appealed to me due to chronic back pain. The real draw for me however was the idea of a practice based on continuous movement. I am by nature restless and both like and need to move. Through the course of Tai Chi practice, I have come to understand, embrace, and appreciate the concept of movement in stillness. I will take this practice with me wherever I go for the rest of my life.

Katelyn Sterner: RYT200
Katelyn discovered yoga when she moved to Tuscaloosa to attend the University of Alabama in 2016. She spent the majority of her life before college dancing and was initially drawn to yoga for the physical practice, as it resembled aspects of ballet and jazz. As she continued to practice, she discovered the philosophical and spiritual aspects of yoga, igniting a deep passion and reverence within her for this sacred way of life. After graduating from the University of Alabama, Katelyn attended a three-week immersive 200-hr training program at Asheville Yoga Center in North Carolina in January 2020. While studying in Asheville, she was especially moved by learning about prana and how it can be cultivated to bring healing to the physical and energetic bodies. Katelyn looks forward to deepening her understand of these subjects in the coming years, and sharing this sacred wisdom with others.

NICKI ARNOLD-SWINDLE: RYT200
Nicki (MDiv, MTS, BSW) completed her 200-hour YTT in 2019 at Shala Santosha Ashtanga Yoga and Wellness, in Maui, Hawaii, under the direction of her teacher, Christina Martini, who has been instrumental in her development and has provided her opportunities to study with some of the world’s most influential teachers in Ashtanga including: Nancy Gilgoff, Jack Fisher, and Casie Newhouse. Nicki has also completed the Veterans Yoga Project Mindful Resilience Training and has been working with military service members and Veterans since July 2019.  Additionally, Nicki has trained in yoga, mindfulness, and Ayurveda at the Sivananda Yoga Retreat in Paradise Island, Bahamas, and the Sivananda Yoga Farm in Grass Valley, CA.  She is an endorsed chaplain with the Christian Church (Disciples of Christ) and an Army Reservist.  While in seminary, she had the opportunity to study Dharma studies with Swaminiji Svatmavidyananda, PhD of Arsha Vijnana Gurukulam, and she considers it an honor to study comparative world religions and faith traditions.  Nicki is a Karuna Reiki Master, having been attuned by Shelly Wilson in 2013.  She has been practicing yoga since 2001, and is dedicated to using her practice to helping others heal from trauma, moral injury, and bereavement. 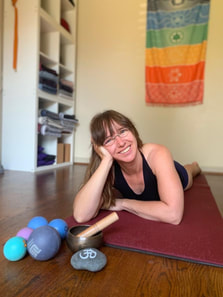 SILKE STEG: RYT200
Born in Germany in the 70s, raised in the crazy 80s, Silke worked, studied, and built a family in the years following. She studied marketing in her thirties, and while finishing her thesis in 2005 she had her third child. Being a mum during the day and a student by night was simply too much, and that was the time yoga came into her life. She finished her first teacher training seven years later. After moving from Hungary to Tuscaloosa in 2015, she was offering yoga in German in town. She is also trained in Myofascial Release yoga, Restorative yoga, Yin yoga, and yoga anatomy.
In her classes she focusses on body awareness, alignment, and the acceptance of personal limitations by using a variety of yoga and therapeutic styles and props. In her Restorative classes you will nourish and relax your body and mind.
Her affirmation for life: "A smile can change the world!”
​